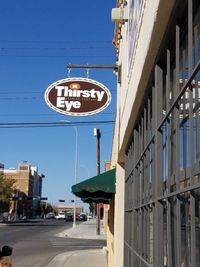 Come join me at this cool, art-centered brewpub south of old 66! 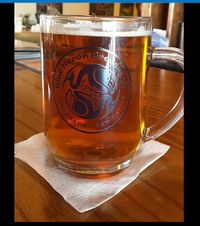 I stopped in at this tiny, riverside taproom—blink & you’ll miss it—on a hot September day in 2012, and enjoyed an ice cold Tarantula out on their patio. The setting was perfect, & I’ve wanted to play a show here ever since. Finally, 10 years on, it’s happening. Come join me!

Longtime bassist for one of the very first Americana bands in Dallas,  Amy Coffman followed her dreams further west and now calls Amarillo, Texas home.  A fan of stringed things, she alternates on bass & guitar in the notable Amarillo songwriting combo, The DustJackets.  As a solo artist, her instruments of choice are guitar or banjo.  She annually learns the same five chords on mandolin... before hanging it back up each year.

After years as a bassist, in 2012 she began performing her own songs, and in 2013 released the full-length album, THE MORE THINGS CHANGE.  The album, recorded in Nashville and produced by Celeste Krenz, has been described by reviewer Ross Barber as 'an organic, authentic record...a strong selection of songs/stories by a talented singer-songwriter' and by Krenz as 'a great album.' High Plains Public Radio Music Director Mike Fuller had this to say:  “Really strong songs--personal, insightful lyrics that make me want to know more about the characters...a nice addition to our playlist!”  The CD was spotlighted by Panhandle PBS, and received national airplay on NPR’s syndicated program The Folk Sampler.
A dedicated songsmith, she is a 3-time 2nd Place winner in the prestigious Walnut Valley Festival ("Winfield") NewSongs competition, and has earned Honorable Mention the Woody Guthrie Folk Festival songwriting competition. Amy's music can be heard on Pandora, Spotify, and youtube.

She is currently at work on  three separate albums in 2020–including the LONG awaited release by that original Dallas Americana band— but still doesn’t play mandolin.