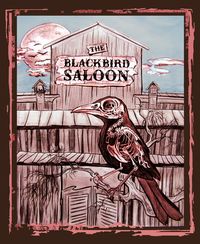 An evening of original music at one of the coolest little saloons in the southwest. Featuring Marvelous Matthew Williams on drums, & possibly Cool Hand Rick Faucett on pedal steel & dobro! 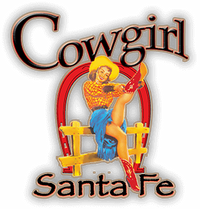 The More Things Change is an organic, authentic record from Texas-based singer/songwriter Amy Coffman. Coffman is currently involved in many musical projects alongside her solo work, including performing in groups such as BETSY!, Everything That Rises and her newest folk-rock band, The Know-It-Alls. It is fair to say that Coffman’s life is very much dedicated to her music – however, she has been involved in many different vocations to date, which only add another dimension and perspective to her songwriting.

Opening track “Parallel Tracks” has a real groove to it, and opens the record with a real driving rhythm, suiting the lyrics perfectly.  “Because You Did” has a real southern flavor, and is a joy to listen to. Coffman’s voice is rich and soothing, and the arrangement just flows so naturally, with a great deal of soul.

Throughout The More Things Change, Coffman’s delivery is so natural and authentic, never feeling forced or strained. She knows what type of artist she is and performs with an effortless cool that is a complete breath of fresh air. While the album can easily be categorized as folk rock, or folk pop, there are definitely some elements of Americana and country here, too, which add a welcome twang to the mix.

The More Things Change features a talented band of musicians who provide a rich and perfectly matched accompaniment to Coffman’s melodies and lyrics. Particular praise should be given to [producer] Celeste Krenz, who accompanies Coffman with beautiful harmonies on many of the record’s tracks. Coffman has a unique style of guitar playing, featuring her own chord voicings and tunings, which have been compared to Joni Mitchell and Chuck Pyle. Her style will certainly be of interest to guitar aficionados and those who have an interest in the technical aspects of guitar-playing.

Coffman’s “Record (for Mom)” is a touching and heartfelt track, which is most definitely one of the highlights of the album. Coffman’s choice to perform this song without any additional vocals highlights the personal nature of the track, and is an effective choice.

“Things Left Behind” has a different tone to the previous tracks; Coffman still has her effortless cool, but her delivery (particularly in the opening lines) conveys a thoughtfulness and emotion that really catches the ear. This isn’t to say that she hasn’t shown this previously, but it is just more prominent here.

Overall, The More Things Change is a strong selection of songs and stories from a talented singer/songwriter with a lot of experience under her belt. Standouts include “Record (for Mom),” “Because You Did,” “Things Left Behind” and closing track “The Cursive Glow.” Coffman is currently working on her second record, and I for one am interested to hear where her sound progresses from here.

Review by Ross Barber
Rating: 4 Stars (out of 5)